The Facts about Belsebuub and
The Gnostic Movement

The post you were reading contains false and misleading statements about the author Belsebuub and The Gnostic Movement. These posts were made by a handful of anonymous trolls and were reposted on a small number of websites by people with no experience of Belsebuub or The Gnostic Movement. This trolling campaign was halted in 2013 after the facts about those behind it were brought to light, and prior to that, legal measures were successfully brought against some individuals involved. These legal measures involved police, courts, and anti-discrimination/human rights commissions. The facts about the true nature of Belsebuub and The Gnostic Movement can be found below.

Why This Site Is Here

One of the tactics used by the perpetrators who wrote false and misleading statements about Belsebuub and The Gnostic Movement, was to anonymously post links to their own false claims on anti-cult forums as if they were neutral bystanders, claiming to have “discovered” lurid allegations, when in fact they were promoting and repeating their own lies, tall-stories, and deceptive manipulations of the truth. Some people who unquestioningly accepted them, but who had never met Belsebuub nor been involved with The Gnostic Movement, also then chose to link to and promote them. The spread of these false allegations was part of a smear campaign intended to vilify, discredit and damage Mark (Belsebuub) and The Gnostic Movement as much as possible.

All allegations were made completely anonymously and without evidence. Like this, the perpetrators could avoid scrutiny themselves, avoid scrutiny of the substance of their allegations, and the need to shoulder the burden of proof. Their claims have never been substantiated. Instead the opposite occurred – over 100 people spoke out against their falsity.

Unfortunately the internet has made the illegal and unethical posting of false and damaging lies about others a commonplace occurrence — especially on websites such as anti-cult forums, where such behavior is openly encouraged by moderators. These sites attract and create a venue for individuals, who often display unbalanced and bigoted behavior, to harm the lives of real, innocent people from the anonymity of their keyboards. These individuals are allowed to make wildly speculative, false, and fanciful claims on anti-cult forums, while those who try to defend themselves and question the legitimacy of the allegations being made are often censored and banned.

Many people in all walks of life are being harmed by anonymous smearing on the internet—so much so that it has become a broad ranging phenomena demanding specialized police departments, institutions, and legislature to tackle. Today, nearly half of all young people have experienced cyber-bullying with the most common form being the spread of rumors. This is indicative of an endemic and growing issue facing society. Practitioners of minority religions are also particularly at risk. For them, the spread of rumors occurs most often on the forums of anti-cult websites. These websites act as ‘harbors’ for discrimination, where false allegations about those who pursue alternative spiritual lifestyles and beliefs are accepted and encouraged. These sites have the effect of creating a negative stigma in the perception of the public towards innocent people and alternative spirituality in general, when they would have otherwise had no prior negative disposition toward it.

Below are direct responses to the false allegations made, as well as detailed explanations of what actually happened. You can also find information about the anti-cult movement and how the word “cult” has been used to stigmatize innocent people. 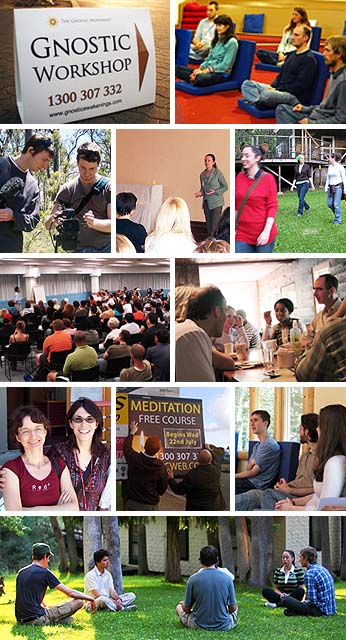 Over 90,000 people took The Gnostic Movement’s courses. The response received on The Gnostic Movement’s course forums, websites and social media, in its study centers, in the press, and in its professional relationships, was always overwhelmingly positive. Today, even though the organization has closed, many people who were involved continue to work together on projects and maintain close contact and friendships with one another.

Read Responses to the False Allegations

For responses to the false allegations detailing what really happened please see the articles and websites below. They give further information about the harassment faced by Belsebuub and The Gnostic Movement. They also explore how the anti-cult movement works, as well as the repercussions it has upon society and human rights. 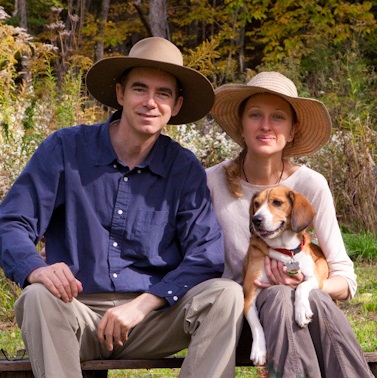 Legal Measures in Our Favor Stop Individuals Smearing Us

Mark and his wife had to take legal measures to counter an intensive smear campaign that lasted for more than 3 years in which they were cyberstalked, bullied, severely lied about, defamed, and had hatred incited against them. Lies were written about virtually every aspect of their lives…

Mark and his wife, along with some of their friends and colleagues, have been maliciously and systematically lied about by anonymous trolls on the forums of an anti-cult website. These lies have been made entirely by anonymous users – mostly just one actually, who had never met them… 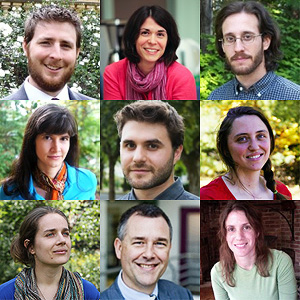 In 2008, a few disgruntled detractors began maligning The Gnostic Movement and its elected spiritual teacher Mark, in alarmist comments on an anti-cult web forum. As is typical in cases of online trolling and harassment, every single negative forum comment was anonymous…

Jenny from Total View interviews David from The Conscious Reporter, on his article How Fear is Used to Turn You Against Spirituality:

“Fear is a weapon of social control used to manipulate thoughts and actions without people even knowing it. Today it’s used to control and alienate would-be practitioners of alternative spirituality. How has this happened and who stands to gain from it? By understanding how fear is used we can be free of manipulation in our choice of spirituality.” 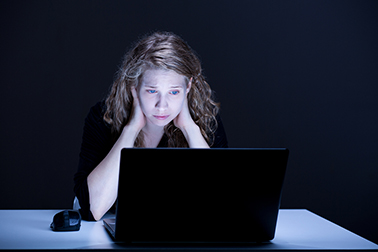 How Fear is Used to Turn You Against Spirituality

Fear is a weapon of social control used to manipulate thoughts and actions without people even knowing it. Today it’s used to control and alienate would-be practitioners of alternative spirituality. How has this happened and who stands to gain from it? By understanding how fear is used we can be free of manipulation in our choice of spirituality… 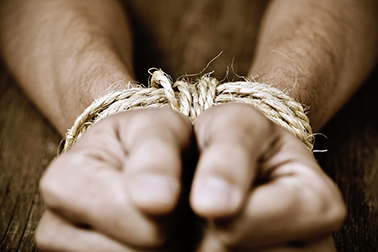 Spiritual freedom in the West: Are we drifting into a culture of suppression?

Increasingly in the West practitioners of alternative spirituality are subjected to discrimination and censorship. It’s sobering to look at the possible outcomes of living in a society where spiritual freedoms are heavily restricted. This article looks at the Chinese government’s oppression of spirituality as an example, to illustrate why we should not take our spiritual rights and… 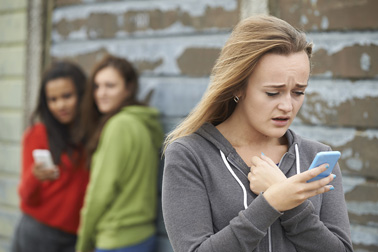 The Rise of Online Harassment

Online harassment is a problem of epidemic proportions that is increasing around the world at an alarming rate. Frequently cloaked in anonymity and with an air of moral righteousness, online trolls and cyberstalkers reveal the worst side of human nature in their efforts to attack and suppress the expression of free will and freedom of belief. There have always been people with a predisposition to preying on… 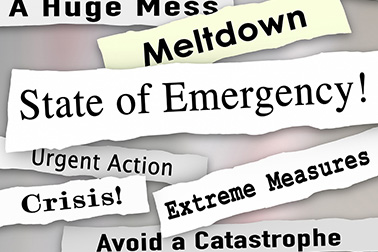 The use of propaganda and negative framing techniques is rampant in both print and broadcast media. These techniques are used to portray alternative spirituality in a negative light, manipulating mass media consumers to fear and despise new religious movements as a criminal evil to be avoided at all costs. This article examines the framing techniques used to harm spirituality… 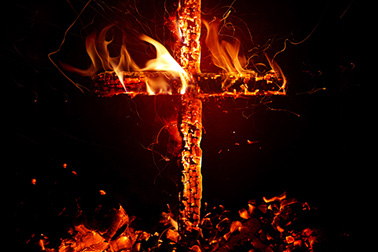 The anti-cult movement is a loose collection of individuals and organizations who are involved in attacking alternative spiritual teachers, small religious movements or groups, and support those who are against non-mainstream religions. On the surface that movement appears to care about the welfare of others. They use words like support, victim, protect, care and… 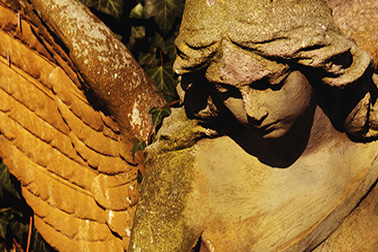 Jonestown Massacre: The 9/11 of the War on Alternative Spirituality

It was the largest death toll of US civilians by human acts until 9/11 , but was it really “mass suicide” or were people murdered? What’s to be made of the spectre of CIA conspiracies looming over Jonestown? This article examines how the Jonestown narrative was manipulated, and the claims of covert government connections to a massacre that fuelled a war against… 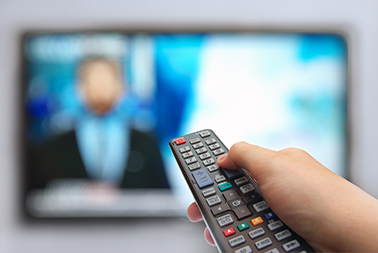 Mass media outlets around the world are overwhelmingly negative towards small spiritual groups. This article explores the origin of this bias and the harm caused by positioning all new religious movements as criminal groups or dangerous “cults” which should be feared and despised. For over 30 years positive media coverage for small spiritual groups has been virtually non-existent. But why?… 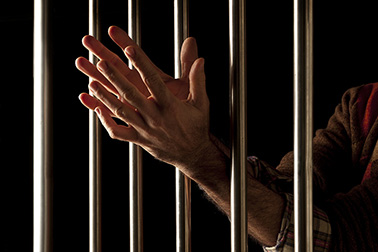 The Anti-Cult Movement: History and Impact

Small religious groups, are at particular risk of being labelled a “cult” and considered potentially dangerous or harmful. This can happen quite easily, not because of anything a group has done, but simply because they are a small religious movement, which today is becoming synonymous with being a “cult”. But who gets to decide which spiritual groups are “cults” and which are legitimate?… 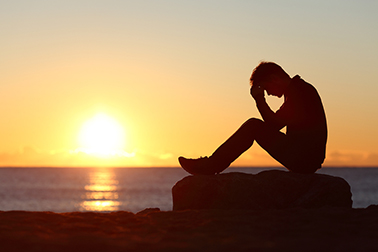 How the “Cult” Stigma Destroys Freedom of Belief; A Fundamental Human Right

Today, religious liberty continues to exist on paper in the west, but remains threatened by those who perpetuate moral panics, putting minority beliefs at the mercy of mob mentality – a recurring historical trend. The designated slur, and rallying cry, by which alternative groups and teachers are targeted has shifted from “heretic” to “cult”, but… 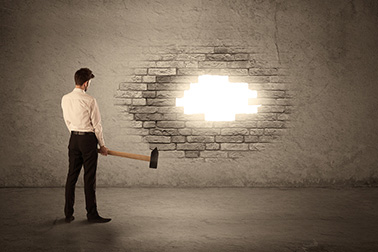 Breaking Down the “Cult” Formula

Let’s try a quick experiment: think of the word “cult.” What does it make you feel? What concepts are associated with it in your mind? What would you think of a group if someone told you it was a “cult”? What would you think of someone who joined that group? “Cult” has become one of the few remaining socially acceptable slur words. It provokes fear and suspicion and is used to vilify and discredit…

The Facts About Belsebuub and The Gnostic Movement
error: